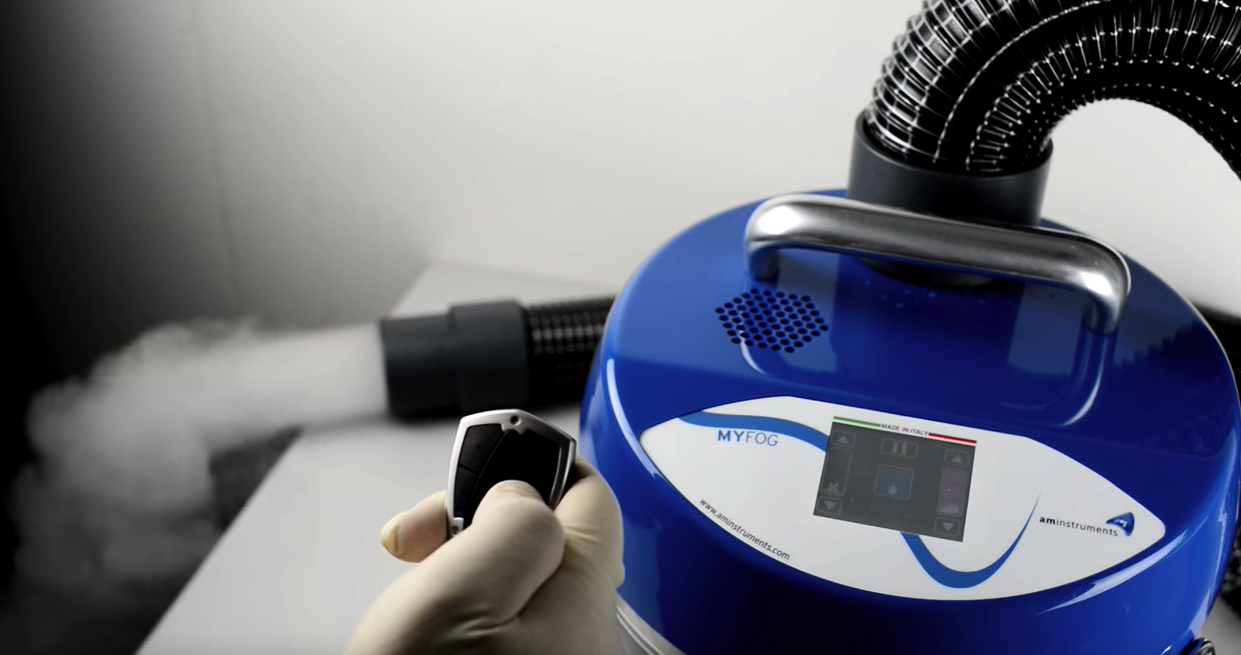 Studies on airflow visualizations aim at demonstrating, on the one hand, the visual evidence of unidirectional airflows in aseptic structures and, on the other hand, the ability of the system as a whole to protect the product and the critical areas through a constant passage of primary air coming from absolute filters.

Airflow visualization studies must be carried out in “at rest” and “in operation” state and they are particularly suited to throw light on potential sources of physical or biological contamination risk in a production process or in its surrounding environment. The visualization study, more commonly referred to as “smoke test”, takes into account the most common sources of risk that can be provoked by:

The execution of a good airflow visualization study allows the team to identify areas of potential risk of process and supports in the identification of corrective actions, allowing, therefore, the evaluation of efficacy after the implementation.

From a regulatory perspective, regulatory agencies have intervened on more occasions through observations and warning letters, reporting the lack of adequate tests that could document an appropriate airflow both in “at rest” and “in operation” state.

The most efficient and rapid method is represented by tracers in the form of visible aerosol diffused by smoke generators. The essential element for the success of the test is the dimension of the micro-droplets. It is essential to minimize gravity and inertia effects which could led to distorted test results. Big and heavy particles fall rapidly without allowing a correct airflows visualization. In the following table we highlighted the sedimentation speed according to the micro-drops diameter.

Inspection agencies generally report an undervaluation of the importance of airflows visualization, observing non-conformities like the followings:

Other observations report that:

As resulting from FDA observations, there are some fundamental elements that must be studied during a correct visualization test:

In order for a study on airflow visualization to give a concrete benefit to the process for which it is designed, it is fundamental that its execution and technical and qualification documentation is organized in a clear and objective way. All phases submitted to the test must be clear, in particular those concerning test conditions and investigated process phases. The evidences provided must be organized by giving particular attention to the integrity of raw data collected during the study and on which final conclusions are based.

Smoke tests trigger a sort of domino effect, in which an airflow control becomes the motor behind subsequent and consequent controls and verifications. Operators’ behaviour inside the cleanroom, their exact adhesion to SOPs, their education and process quality become verifiable thanks to the visualization of smoke flows. Inspection agencies, indeed, have often questioned tests that did not contemplate those phases which are not directly related to airflows, such as transfer of materials between different zones.

An important consideration: from the Quality point of view it is evident the importance of smoke tests routine that goes beyond specific events like changes in environments and in operative procedures.

An airflows visualization study is useful, indeed, in the definition of operative procedures and in the training of operators in terms of behaviours to follow inside an aseptic environments.

MYFOG IS A UNIQUE AND INNOVATIVE INSTRUMENT!